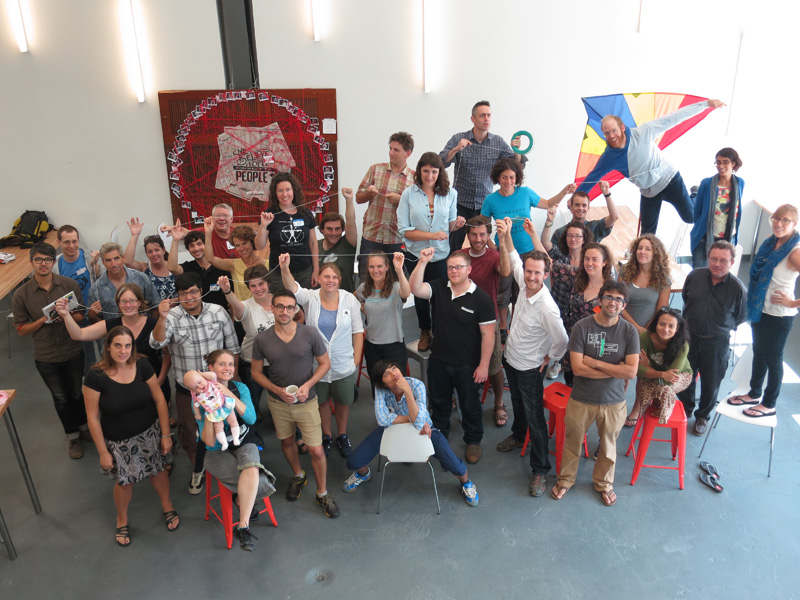 The Public Laboratory for Open Technology and Science a.k.a. “Public Lab” is a community of thousands of researchers, scientists, educators and makers that focuses on “civic science”. They create open source hardware and software, run workshops and foster DIY scientific engagement in environmental justice issues. Public Lab has been around for only a couple years but has created a number of high-profile tools and techniques for civic science including low-altitude aerial mapping with balloons and kites (a project that began with Jeff Warren’s work here at the Center for Civic Media), DIY infrared cameras, and a DIY spectrometer among other things.

What follow are some highlights from the learning and discussion sessions that I attended at the Barnraising along with captions and descriptions. Hopefully they help describe the occasionally chaotic, good willed, collaborative creative energy that happened throughout the weekend. 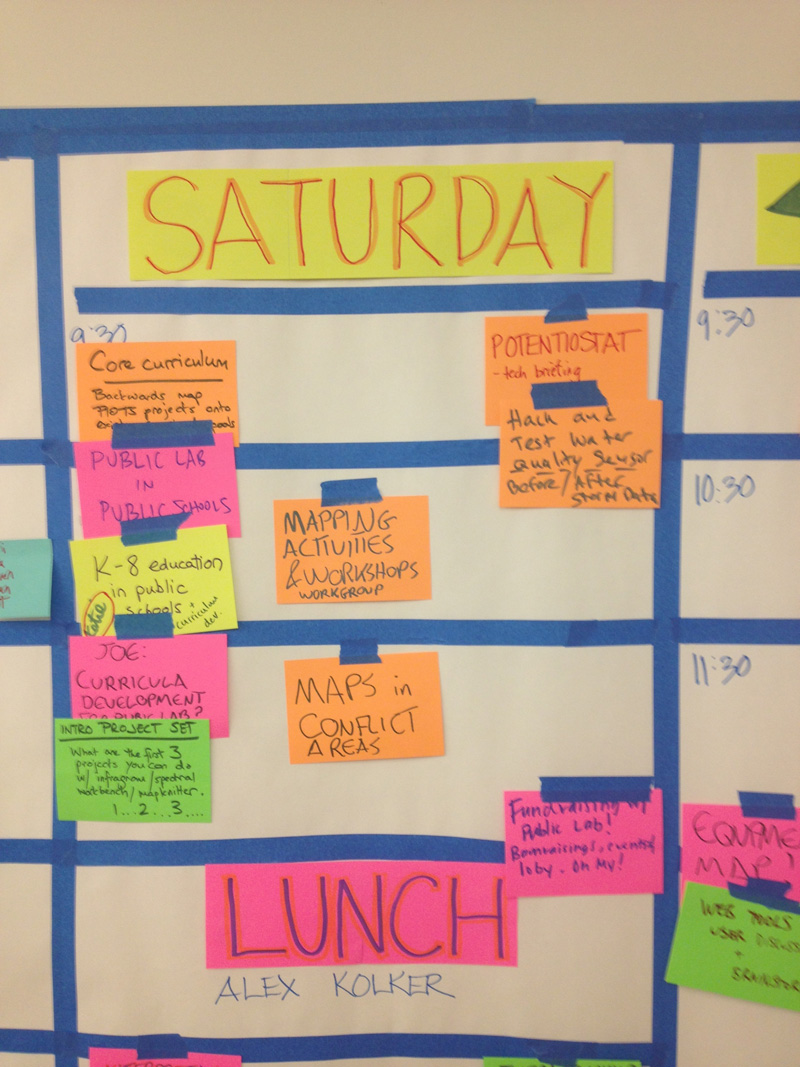 The collaboratively generated schedule with colored cards. There were generally a couple parallel sessions happening. Many sessions were organized as working and doing groups. Others were collaborative brainstorms or skillshares. 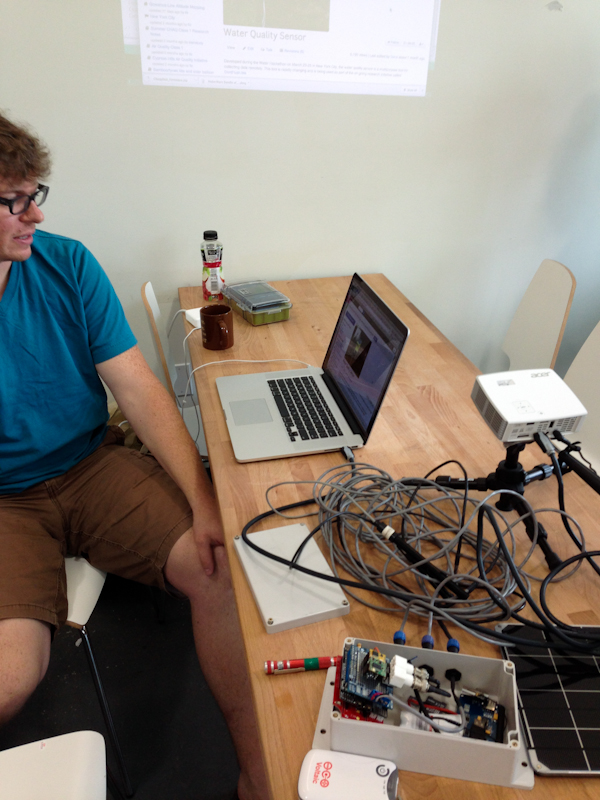 Leif Percifeld led a group discussion on water quality and showcased his latest low-budget DIY water sensing kit which used Arduino combined with probes measuring temperature, dissolved oxygen and conductivity. The kit transmits its data continuously over the cell network to the site xively. He developed the kit to measure sewage outfalls after storms in New York City. Jack Summers, a chemist in North Carolina, skyped in for part of this session to discuss progress on making a DIY potentiostat to test for heavy metals in water. 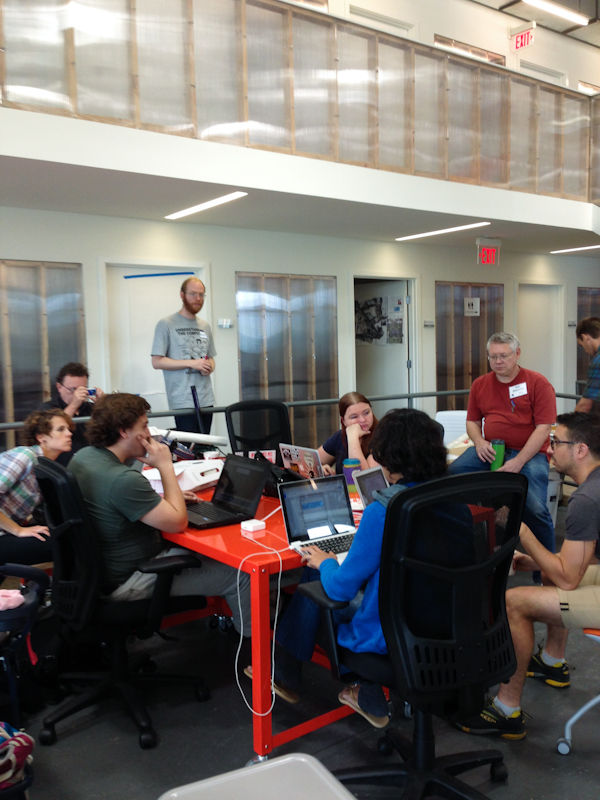 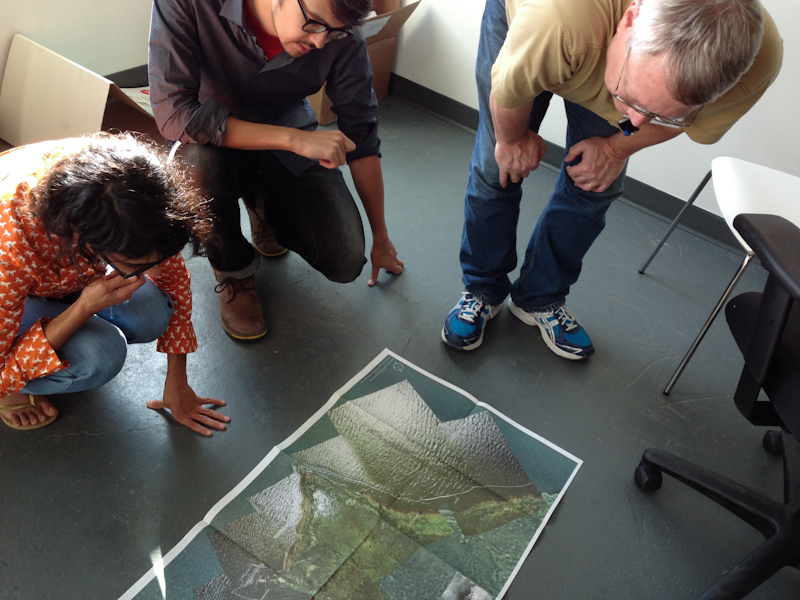 One of Public Lab’s earliest tools is the balloon and kite aerial photography along with the MapKnitter software to knit together the images. A number of mappers came together for several sessions throughout the weekend to discuss challenges in mapmaking, education and advocacy work. Challenges include map literacy, access to digital tools, time available for the mapmaking experience, and storytelling with the map. 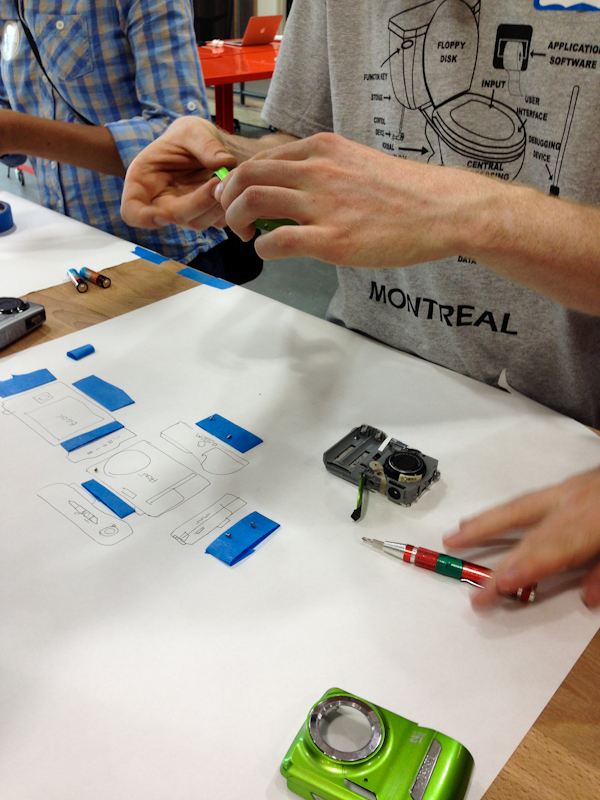 There was a great deal of camera hacking and camera breaking over the course of the weekend. Mat Lippincott led a session on how to take apart your camera and turn it into a near-infrared camera. And Dan Beavers and Liz Barry led a workshop on how to script your camera using the CHDK. This is useful for putting your camera in continuous shoot mode while flying it on a kite or programming it to take a really long exposure for thermal imaging. 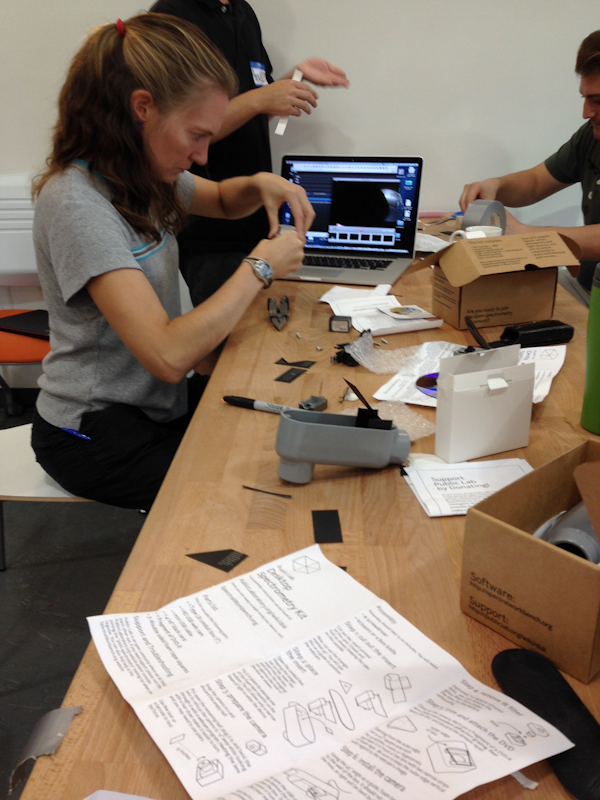 We had a great time assembling DIY spectrometers out of cheap web cams, electrical casing, busted-up DVDs and black paper. Spectrometers can be used to identify oil contamination in soil and water. Public Lab is exploring uses for identifying other toxins as well. For example, we got a research update on their work gathering spectral imagery of gas flares on top of refineries.

The Barnraising was also an opportunity to make some progress on outstanding projects. For example, a number of us worked on a prototype for the thermal fishing bob – a floating sensor that measures water temperature and changes its glow color according to temperature. After various people hacking on the code and developing a semi-waterproof enclosure out of a Kool-aid container, we floated it in our bathtub around midnight to test its performance. 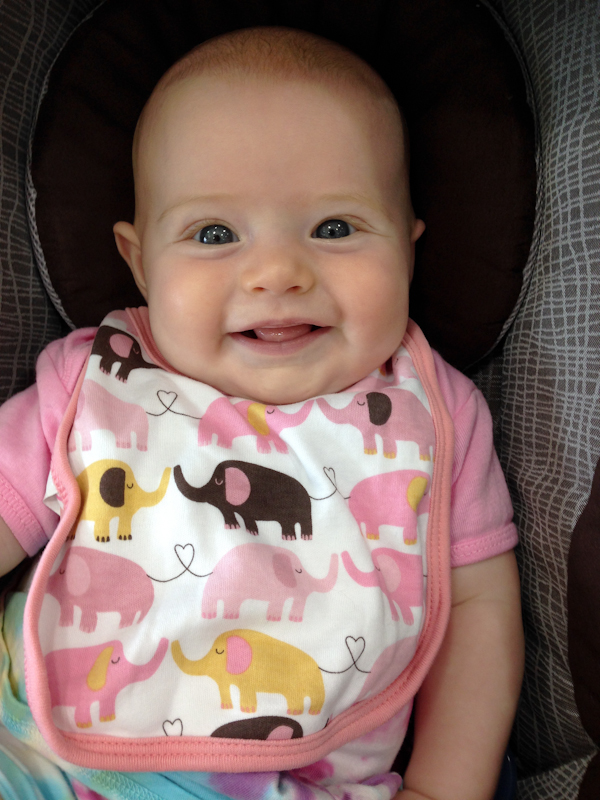 Delight! My baby and I felt the same way after attending the Public Lab Barnraising. In one workshop we discussed attitudes that we wanted Public Lab’s tools and experiences to encourage. I’ll conclude with the list we generated: