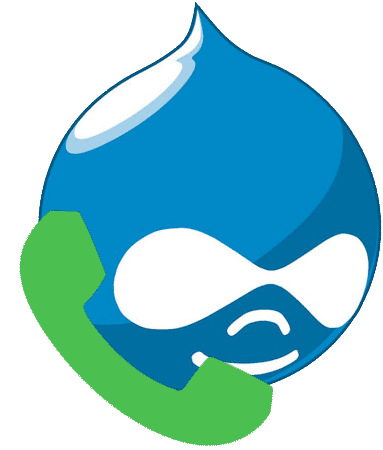 C4 has done a variety of breakthrough civic systems with phones, from Leo Burd’s What’s Up platform to the Call4Action class and its cool student projects.

We love these projects, but working with phones has always been a bear. A lot of custom programming is necessary, and in many cases people start with the phone and end up building custom systems that begin to represent a CMS. Projects like Ushahidi or our earlier txtMob are really just simple CMSs with a few custom features for texting inputs. So Leo Burd has been working on making Drupal more friendly for the billions of people around the world who only have access to basic telephony rather than smart phones and the web.

Leo is launching the first release of the VoIP Drupal platform at DrupalCon next week.

VoIP Drupal is an innovative framework that brings the power of voice and Internet-telephony to Drupal sites. It can be used to build hybrid applications combining regular touchtone phones, web, SMS, Twitter, IM and other communication tools in a variety of ways, including:

Technically speaking, the goal of VoIP Drupal is to provide a common API and scripting system that interoperate with popular Internet-telephony servers (Asterisk, FreeSwitch, Tropo, Twilio, etc) dramatically reducing the learning and development costs associated with the construction of communication systems that combine voice and text technologies together.

This project is under continuous development. If you would like to get involved in the project or ask questions, discussion is taking place on the VoIP Drupal Group. You can find more information in the VoIP Drupal Handbook.

The VoIP Drupal platform has originally been conceived and implemented by the MIT Center for Future Civic Media, with major contributions from Civic Actions.