Internet memes and image macros—once relegated to marginal/niche online communities and subcultures such as the boards of 4chan—have in the past few years broken into the public consciousness to become an integral part of modern popular culture. We see stories about viral videos and meme culture in the Atlantic, the New York Times, and the Wall Street Journal. Today, these internet memes are not only based on referential or non-sequitur humor, but have taken on the topics of civic media, commenting on current events, political affairs, and social issues. Certainly, Know Your Meme is filled with election-related image macros, and Tumblr is even running live animated gif coverage of the upcoming presidential debates. Building on some of the research I was doing with the Youth & Media Lab at Harvard’s Berkman Center for Internet & Society this past summer, my semester project for CMS.360 will examine the internet meme as a form of participatory news media, specifically in the context of the 2012 US presidential race: 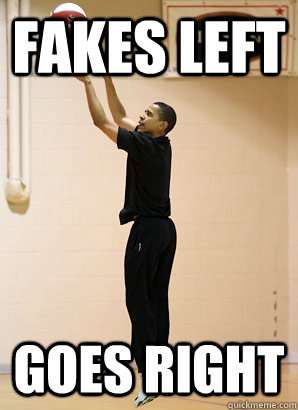 In this project, I hope to utilize both qualitative methods (textual analysis) as well as quantitative ones (data-based analysis of spread/proliferation) to provide a comprehensive portrait of the 2012 election memescape and—by extension—the popular narratives with which Internet users frame the candidates. I will use a number of prominent examples to show the unique affordances of the internet meme, and how those attributes have helped create a new visual language among youth for sharing and discussing the news, with huge potential to foster civic engagement. To this end, I plan to either create a wiki-style database (in the style of Know Your Meme) or perhaps a Tumblr populated with the different case studies. It would also be interesting to do a comparative analysis of how mainstream media may have covered a certain election story, and how that was converted to meme form: was the information conveyed simply condensed? Subverted? Or maybe even misinterpreted?

On the data side, it would certainly be interesting to see how these memes actually spread: on which social networks were they proliferated? Which memes were the most popular? What factors contributed to their success? Did they ever catch the attention of more mainstream news outlets, and why or how? Certainly, it would be interesting to see whether any of the election-related memes were mutations of older internet memes, or whether they spawned new mutations, and examine the circumstances of these memetic variations. This will be a unique challenge in data mining, which I’ve had minimal experience with, so guidance from those in the field of meme research would be greatly appreciated. Already, I plan to connect with the researchers at Know Your Meme and other prominent meme experts such as An Xiao Mina, as well as plug into some of the literature that’s been written on internet memes and look at the methodologies used.

That all being said, in my introductory post one of my goals for the course was to examine media from a developer’s perspective as well, so what’s a final project without some good ol’ hacking? I do want there to be a generative/participatory component to my finished product; but I have yet to reach that stage. Sasha’s suggested creating a meme generator, which is definitely an option, though I question the value of such a tool given the smorgasbord of meme generators already available online (granted, none are election-specific, but they all do have election-related image macros). Luckily, I’ll be participating in the upcoming Boston Globe/Civic Media Hacks/Hackers-organized presidential debate hackathon, which I hope will serve as a starting point for some kind of web app to meme-ify the presidential debates. More on that to follow.

Note: my other proposed project, which received just as many votes from my classmates as this idea did—a practical guide to data journalism, codenamed “MY, WHAT BIG DATA YOU HAVE”—was dropped, as I felt the topic was too broad. I was also alerted to the existence of the excellent Data Journalism Handbook, which already features many of the things I’d proposed. That being said, I will be doing a bunch of projects with data journalism for the Tech, MIT’s campus newspaper, and I’ll surely post progress updates either here or on my own blog. And perhaps this meme project will include some data visualization component? We’ll see.