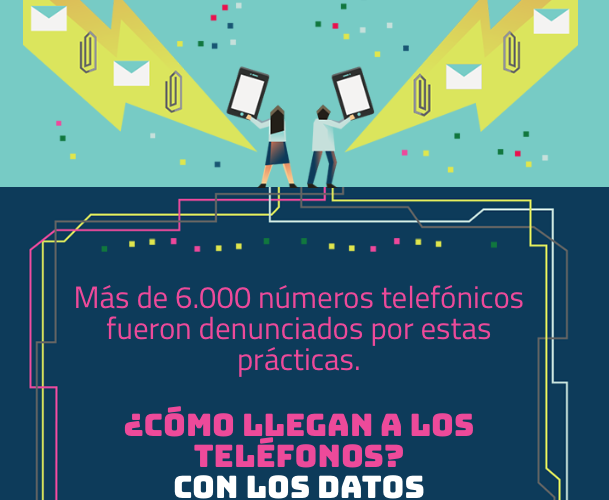 How do youth allies promote young people’s critical thinking on privacy, in informal learning contexts in the Americas? This blog post is part of a series showcasing the work of different organizations at the intersection of youth development, digital rights, and online safety.

Who: Eduardo Carrillo from TEDIC

Mission/vision: To promote the respect of digital rights and free/open culture

Post summary: TEDIC is a digital rights and free/open culture organization best known for their campaigns on privacy to resist State and corporate surveillance, and they address youth and gender-based issues in their workshops on digital security.

Highlight quote from the interview: “We [promote critical thinking about online privacy] by talking about concrete cases with local implications. People start to share and dialogue is ignited. It sometimes shows lack of understanding of the technological landscape, but solutions arise from participants themselves too”.

TEDIC is a digital rights and free/open culture organization in Paraguay. Like other organizations that will be featured in this series, they recognize other social struggles not necessarily as part of their core mission, but as lenses through which they carry out their work: gender, internet as a space that replicates violence and as an opportunity for emancipation; and access to public information. In that same spirit, they have worked with youth throughout the years; Eduardo Carrillo is the youngest TEDIC member, and it is his first job since he graduated from International Relations in university. I am grateful to have learned more about TEDIC through his generous interview.

TEDIC are best known for one of their big legislative wins: on the face of a data retention bill, they created a campaign, Pyrawebs, that remixed a guaraní term for citizen informants that enacted State surveillance in times of Stroessner’s dictatorship. The campaign, which had strong support from youth groups in Paraguay, eventually succeeded in stopping the bill. You can read the story on EFF’s blog (or, if you are interested in the campaign tactics, I wrote about them in Spanish for InfoActivismo). Interestingly enough, this did not mean that TEDIC would always be an adversarial organization; they were collaborators in the National Cybersecurity Plan in Paraguay, and have participated in the national plans of action for the open government movement.

Now their main focus is research on the implications of open government data for personal data management. They partnered with an online outlet, El Surtidor, to create a second Pyrawebs campaign and raise awareness on corporate surveillance. This time, a beautifully illustrated scroll website explains personal data law and corporate surveillance practices in Paraguay, in a youth-friendly language.

Over 6000 telephone numbers were reported [for spamming or scamming in Paraguay]. How do these numbers get our data?” One of the illustrations on El retorno de los Pyrawebs, “The comeback of the Pyrawebs”.

My purpose in interviewing TEDIC was understanding what it looks like for a digital rights organization in Latin America to contemplate youth and gender issues as part of their agenda. Eduardo said, “More than thinking specifically about youth, we consider it a transversal topic in or work”. It is seen in how they invite participants to their events, for example. The organization reaches out to media channels consumed by young people in Paraguay to invite them to some of their other events, like the ‘Ilústrame la data’ (Illustrate my data) workshop.

“We did a data bootcamp to talk about platforms for access to info. We didn’t want a hackathon to promote new platforms but use the existing ones and do storytelling with the available data. We reached out to the student centers in the main universities of the country, especially in journalism schools. I went to leave flyers and speak with school authorities to get permission for students to take the day off to attend”.

Eduardo says that this approach also means leveraging their strong alliances with other similarly-minded individuals and organizations in the digital rights ecosystem in Latin America to do collaborations. TEDIC hosted a feminist technology workshop with Coding Rights and Internet Lab (one of the organizations interviewed for this series) to discuss the gender-based privacy implications of menstrual apps, data collection practices and GIS. They also worked with trans women on digital security, response to online harassment and corporate censorship.

In their workshops, they “always do a general overview at first; then we talk about the global context of digital security and espionage. Then we translate it to our particular context so that people understand it from their own experience. Then we go into measures that can be taken to address certain situations. Finally we discuss help channels”. They contemplate “holistic security practices, which aren’t necessarily just digital, but also legal, physical and emotional”.

How does TEDIC try to get participants to think critically about privacy? Eduardo says they do so by “talking about concrete cases that have local implications”. In the digital security workshop with trans women, they spent a long time doing critical readings of the terms of service, and the implications of real name policies for trans women in a context like Paraguay. “People start to share and dialogue is ignited. It sometimes shows lack of understanding of the technological landscape, but solutions arise from participants themselves too”.

This is a response to what Eduardo describes is a common phenomenon in the digital rights world: “Organizations losing their grassroots perspective” on the face of the global implications of internet debates. This approach, however, depends on the climate at the workshop or event. “If people don’t know each other, it doesn’t get personal quickly. If there is a sense of belonging, it becomes easier. In the first case, leaving time for people to approach you after workshop works.”

What are the next steps for TEDIC in the evolution of their privacy work with regard to their focus on youth and gender issues? Expanding their take on what ‘youth’ means. So far, they have focused on individuals aged 18 to 35, not teenagers. And they also hope to make their work more participatory. “In Paraguay, people can feel scared of speaking in large groups”.

Ultimately, however, why is an organization like TEDIC invested in youth implications of digital rights issues? Eduardo describes their underlying concern: “I agree that there is a protectionist, dramatic, sensationalist discourse in regard to youth safety online, like we saw in regard to Sarahah and Blue Whale last year. There is little empowering discourse aimed at youth. And the topic in the background of all this is how youth today are understood as a passive subject in their community, not as as a collective that can create change”.

You can read more about TEDIC on their website; about their successful Pyrawebs (v.1) campaign on the EFF blog, and see their beautiful illustrated campaign on corporate surveillance in Paraguay at El Surtidor.