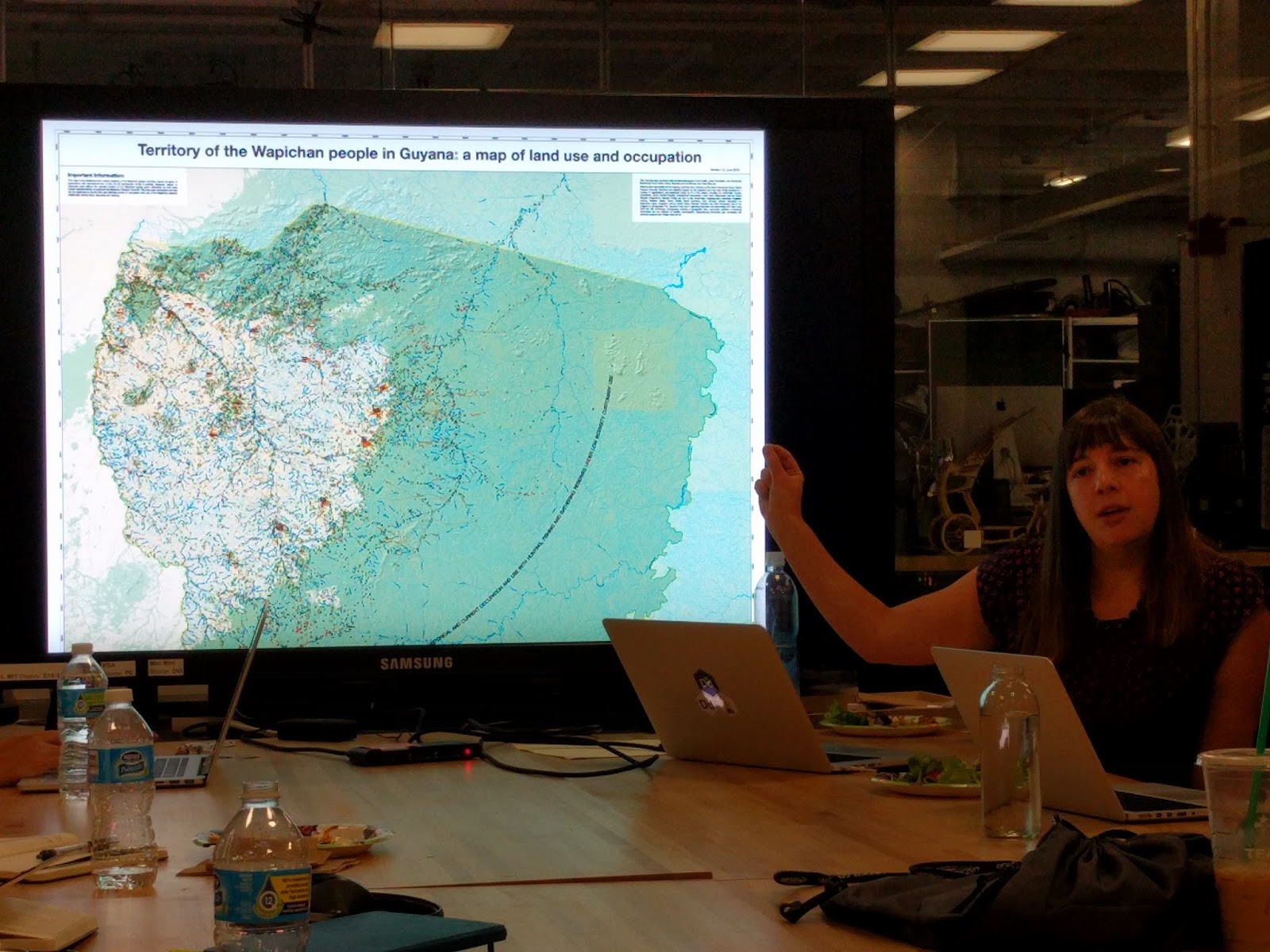 This is a liveblog of a talk by Emily Jacobi (@emjacobi) at the MIT Center for Civic Media, written by Erhardt Graeff, Rahul Bhargava, and Alexis Hope. All errors are our own.

Digital Democracy (DD) works in solidarity with groups around the world to empower marginalized communities to use technology to defend their rights. This means that they are different from other groups because they are not trying to pursue their own agenda through their work. Their mission is driven by the agenda of their partners.
DD was founded almost 10 years after being inspired by research they were doing in Burma. Emily noticed a correlation between internet access and political engagement. She had a realization that new technology was being leveraged to make new kinds of engagement possible, but that it also creates new risks and challenges. They started by doing workshops and trainings that were requested by local partners
Some of DD’s earliest work was with women in Port-au-Prince, Haiti. Women in the camps were self-organizing to respond to violence. The organization learned a lot about what it means to be engaged in a long-term partnership, and about not coming in with preconceived notions of a solution.
They developed an SMS project that failed, but it led to a call center there that made positive impact. Emilie Reiser (from Civic Media) worked with this community on that project and the work informed a lot of what DD does now.
Their approach involves two interlinked components: (1) direct engagement with local partners and (2) building open-source tools that come from the lived experiences of their partners.
The core values underlying all their work are:

These values are not just about the inherent injustices faced by the indigenous people they work with, but goes to the core of how people are included in design processes and decision making about their futures. Their accessibility work includes topics such as language, usability, support for offline work, and more.

Currently DD is working on longer-term projects in Ecuador and Guyana.

Wapichana people were guaranteed full-autonomy before independence, but have had to fight for over 5 decades to try to win this independence.  DD has been working for the past 5 years on mapping projects there.

They’ve created a hyper-detailed map of their area. This includes everything from where they gather eggs, where rare birds are, churches, homesteads.

They right now only have rights to where the villages are. The map helps them document their use of other lands to then try and gain rights to them. The mountains around them have lots of illegal gold mining, which is creating environmental risks that affect them. 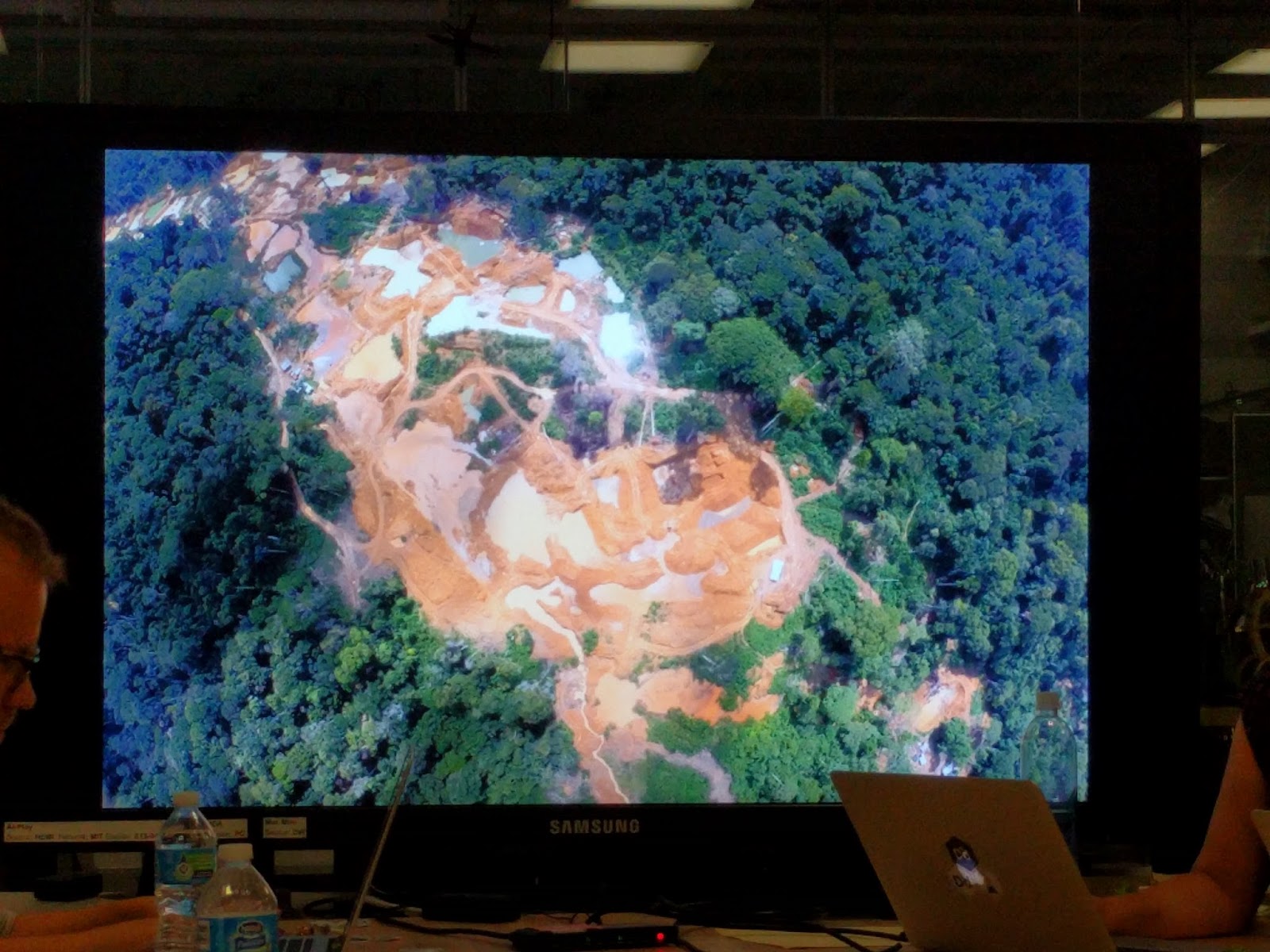 Part of the mapping work has involved helping people use drones to take imagery of illegal gold mining. They’ve taken the images to the government, and the government has responded by stopping the illegal mining activities.  In addition, they have been able to use this imagery internally to drive community discussions about why these issues matter to their survival.

They have also been in talks with the government to determine whether they can have their full land rights recognized.

In Wuorani territory of eastern Ecuador they are working with native people’s in a national forest. DD has been asked to accompany the Wuorani people to map their entire territory. This involves 12 current communities with the plan to bring in 10 more over the next year.

The process starts with paper maps (accessible to all). Some communities will separate men and women for different workshops to ensure that everyone has a voice during the session by minimizing the gender dynamics. 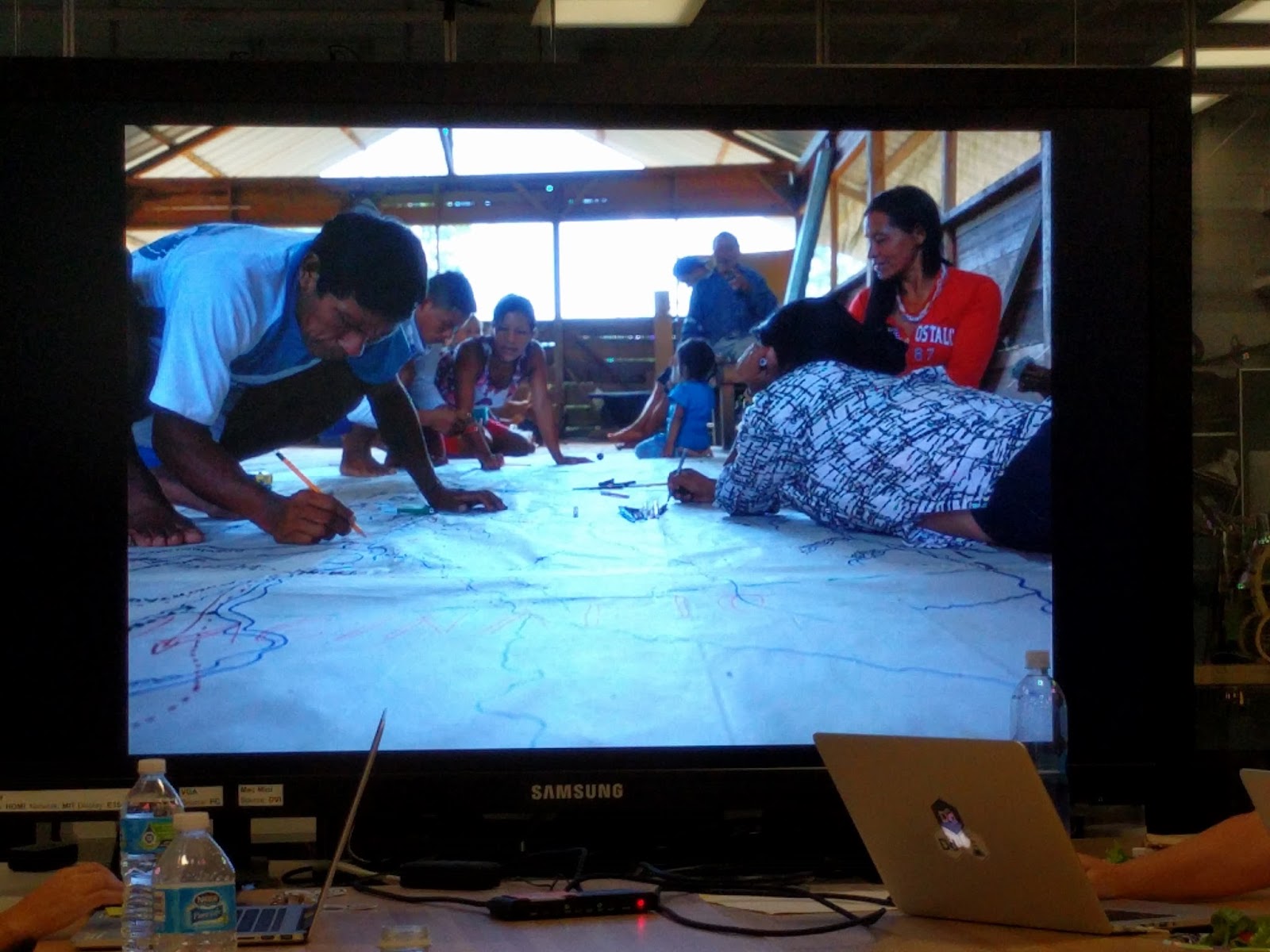 The hand-drawn maps beautifully illustrate their connection and knowledge of the land.  The process lets them take the information in their heads and share it with government officials making decisions about things like mining rights. Then they go out and collect GPS points they record in paper booklets (for now). They also do media making to capture narratives from across the territory. This project has helped bridge the gap between young people (who are often driven to move to the city for work) and elders, who have a deep knowledge of the area. 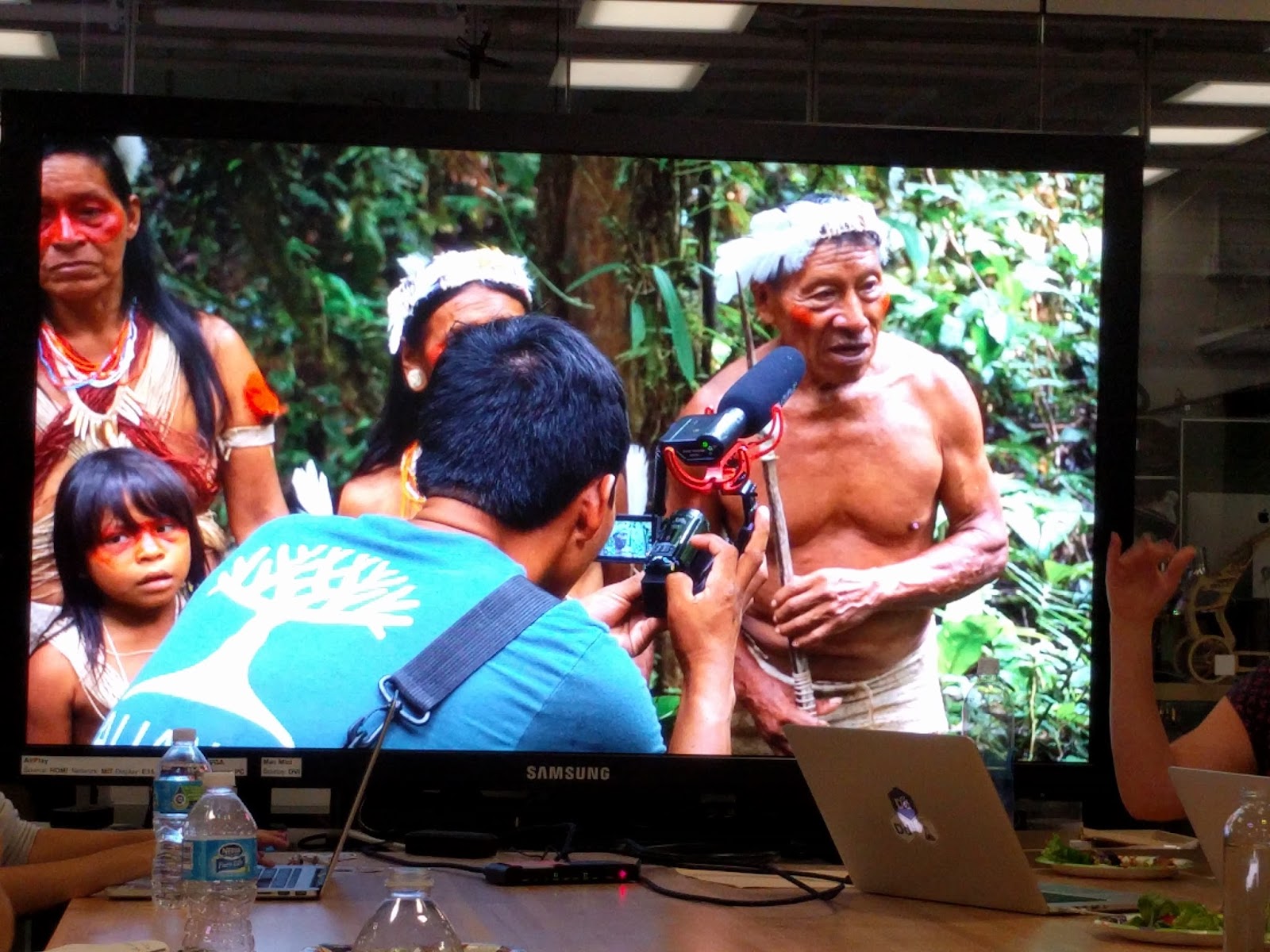 They have “Technicos” that get trained are elected by the community.  They take these walks to take GPS points to produce a formal map based on the collaborative hand-drawn one.

One big gap they find is that in offline environments there are very few tools that work.  The ones that do are very complex to learn (ie. ArcGIS). DD wanted a tool that would remove them from the equation, letting communities manage their own information.

A key goal of Mapeo is that all data and visualizations can be locally-owned and managed, the software is easy-to-use, works offline, and is collaborative. They’ve built on top of ID Editor, which is used with OpenStreetMaps (OSM). OSM has been helpful in creating maps of places that do not have them—for example, companies hadn’t mapped Haiti before the earthquake because there wasn’t commercial value in it, and OSM allowed people to build new maps.

They’ve changed ID Editor to be culturally appropriate for the Wuorani people. This includes more appropriate defaults, and picking iconography to represent things like nesting grounds, villages, etc. The Wuorani people have also used Mapeo to identify not just specific locations, but also larger areas. For example, designating an area where they won’t hunt again for a while. It’s been useful in helping address self-governance questions.

Once they’ve captured the GPS points, they print out a draft and have the community check and edit it in physical form.  Once those edits are done they print out big versions of the map.  They are designing and developing an interactive map that will also integrate stories and blogs about certain areas.