Skip to content
In Tokyo Boogie-Woogie: Japan’s Pop Era and Its Discontents, the historian Hiromu Nagahara describes a Japanese government meeting convened during the second World War. A wartime ban had been placed on American popular music, and so officials were serenaded instead by the popular nationalist songs of the day, including “Over There,” a 1939 tribute to the bravery of Japan’s soldiers—and, unbeknownst to all but a music journalist in attendance, a cover of “Over There,” the 1917 American anthem better known by its opening hook “Johnny, get your gun.”
Nagahara tells this story as a case of and for transnational optimism, evidence that even mortal enemies could share a deep and common cultural connection under conditions of total war. Of course, the same facts can be read in the opposite way: that two nations could cheerfully hum the same tune while violently slaughtering each other.
I’ve been thinking about this story since Jason Koebler at Motherboard published an article earlier this summer revealing that many mainstream memes are made by Nazis. And not just the ones featuring fascist frogs, either: dank memes of all kinds often emerge from subcultural territory occupied by the alt-right before circulating throughout the wider web. Jason raised the question of whether it is ethical to share memes manufactured under such conditions, as if they were conflict diamonds.

But it also made me wonder: what does the mutual appreciation of these memes say about us? What common aesthetic allows a Nazi and a non-Nazi to appreciate the same dank meme? Should we worry about that kind of cultural connection? And if so, what should we do about it?

This problem is not new, but in fact just a different form of an ancient struggle between fascism and democracy. The common aesthetic of these circulating memes is the nihilist irony that developed as a reaction to WWII and today fuels the alt-right while fatiguing the rest of us. Our best cultural weapon against the advances of the alt-right, then, are wholesome memes, which look much like the memes you know, but are rooted in sincerity and compassion rather than nihilism. 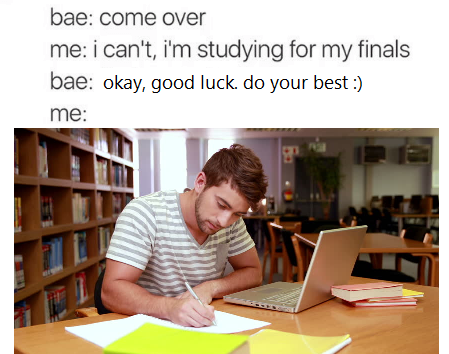 As Jason referenced in his article, for decades academics have been arguing whether it is ever OK to cite Martin Heidegger. The basic problem is that Heidegger was a brilliant and influential philosopher and also a Nazi. Some people argue he was so brilliant we can’t ignore his philosophy; others said no, you shouldn’t cite Nazis, because they were Nazis.

The debate was renewed in 2014 with the publication of Heidegger’s long-embargoed Black Notebooks, which are somehow even more sinister than their title makes them sound. To save you from reading a thousand pages of a Nazi’s diary, what the Notebooks show is that not only was Heidegger a committed Nazi, but that Nazism was baked into his thought, which means his philosophy must not only be discarded but actively opposed.

But how do you fight one of the philosophy’s most brilliant/damaged thinkers on his own turf? In 1953 Jurgen Habermas, perhaps the most influential democratic theorist of the postwar West, argued that Heidegger was too important to be ignored but too dangerous to rely upon. Instead, he proposed that “it appears to be time to think with Heidegger against Heidegger”: to take his critical insights and transpose them democratically in order to, as one commentator put it, “to leave space for the citizens themselves to determine and develop their different collective and individual life projects.” For the purposes of this essay, we can think of Heidegger as the philosopher of Nazi memes, and Habermas as the philosopher of democratic memes.

And so the time has come to think with memes, against memes: to reappropriate and redesign the meme-form to fight fascism and rebuild democracy. 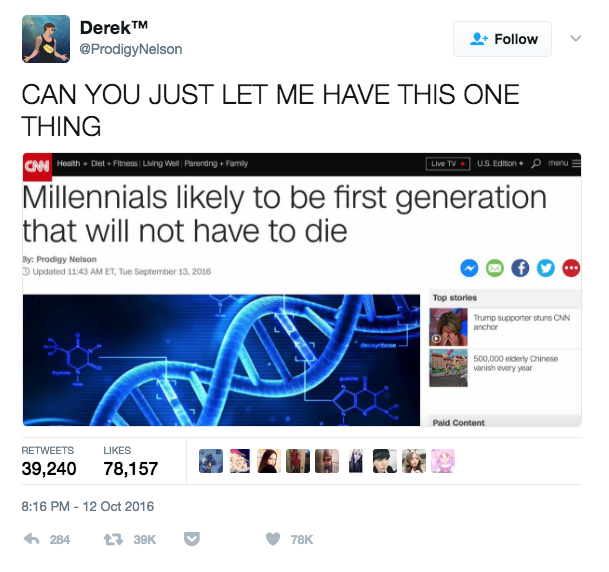 There are many kinds of memes: dank, spicy, and fresh, just to name a few. But the memes that Jason identified as emerging from the alt-right are often wrapped in layers of irony that insulate the reader from caring about their subject. Who cares about climate change if we’re all garbage?

This particular style of nihilism resembles that found in Heidegger’s philosophy, specifically his concept of being-toward-death. According to Heidegger, we are thrown into the world, and our uncertain fate makes us feel guilty and anxious. Only the resolute anticipation of our own death can free us by allowing us to see, in our individual absence, our individuality. Our own death makes possible our own life.

Being-toward-death thus liberates us by alienating us. It reminds us that we are individuals, apart from society, and that when we die, our being ceases. Except here is the thing: being an individual waiting/wanting to die is no way to live together in a society, which is precisely the problem we face broadly, now. We sit and scroll and daydream of the day we will each be dead in the ground, freed of our respective responsibilities. Meanwhile, the alt-right, enthusiastically alienated from/by society and without a single fuck to give, is on the march.

The good news is that there is an antidote to this kind of alienation. The bad news (for lovers of nihilist, ironic memes, anyway) is that it’s to be brutally, unironically earnest, to others and with yourselves. It requires a New Sincerity, but for memes: replacing the ethic/aesthetic of postmodern irony with an earnest wholesomeness that, as Habermas hoped, helps us live together rather than apart. 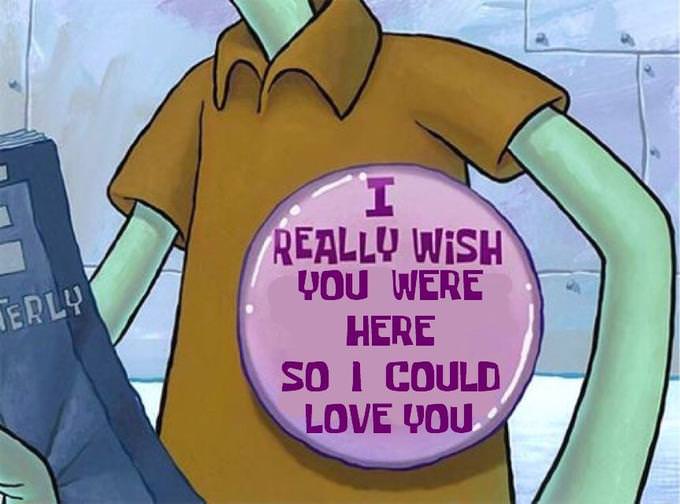 Postmodernism refers to many things, but can be broadly understood as a philosophical and artistic movement, developing especially after the catastrophe of the Second World War, that questions modern concepts of progress and objectivity. In literature and art, this skepticism was performed especially through irony, which projected expertise while protecting authors from being pinned down to truth-claims. In the decades since, postmodernism spread not only across the humanities and arts but the sciences and now everyday life, with government officials offering alternative facts and Facebook struggling to define fake news.

Yet in recent years a new movement has sought to transcend postmodernism by moving beyond irony and rebuilding the world it once sought to split. If this movement has a manifesto, it might be David Foster Wallace’s 1993 essay on television and US fiction. The essay, while nominally a review of contemporary sitcoms, is also a commentary on the postmodern aesthetic of nihilist irony: distant and distancing, and terribly isolating. The title of the article itself (E Unibus Pluram, or “out of one, many”) describes both how televisual culture operates and the ultimate effect on a nation subjected to it.

Written while he was drafting Infinite Jest (which, may I remind you, features a germophobic President tanned an unnatural orange whose television stardom gets him improbably elected despite a quixotic campaign of building a border wall and launching trash into Canada to Make America Clean Again), Wallace argued that “irony and ridicule are entertaining and effective [and] at the same time they are agents of a great despair and stasis in U.S. culture.”

For Wallace, the nudged ribs, cool smiles, and knowing winks of televisual culture made people laugh, but also made people afraid of being laughed at, and thus simultaneously kept them pacified by entertainment and frozen by fear, afraid of becoming entertainment. This is also why, when people asked Wallace what the massive Infinite Jest was about, he often told them “loneliness.”

Against this debilitating irony, Wallace both predicted and prayed for a new post-postmodernism, one that, rather than daring to be skeptical, would dare to be sincere:

“The next real literary ‘rebels’ in this country might well emerge as some weird bunch of anti-rebels…who have the childish gall actually to endorse and instantiate single-entendre principles. Who treat of plain old untrendy human troubles and emotions in U.S. life with reverence and conviction. Who eschew self-consciousness and hip fatigue. These anti-rebels would be outdated, of course, before they even started. Dead on the page. Too sincere. Clearly repressed. Backward, quaint, naive, anachronistic. Maybe that’ll be the point. Maybe that’s why they’ll be the next real rebels.” 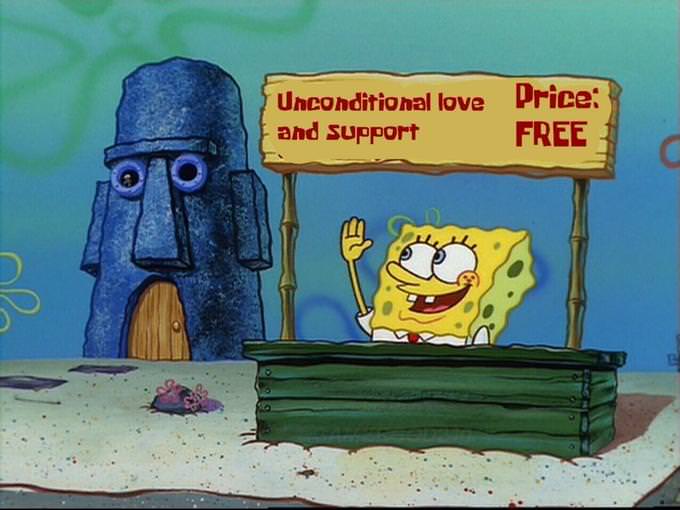 In late 2016, as the entire world was collapsing, a new kind of meme was exploding. Wholesome memes did not originate on reddit, but they came to be gathered there, aggregated in an eponymous subreddit that called for memes expressing “support, positivity, compassion, understanding, love, affection, and genuine friendship by re-contextualizing classic meme formats, and using them to display warmth and empathy…with no snark or sarcasm.” Such memes are not pre-ironic but post-ironic: they are aware of, and actively remix, the expectations and form of more nihilistic genres in order to express authentic sentiment and acknowledge the human connection between author and viewer.

Wholesome memes are effective because they encode, in a spreadable and durable digital form, the kind of emotional labor that picks people up and encourages them to go on, even if it’s not clear where they are going or what awaits them. They dare to speak of the ordinary with reverence and conviction. They require vulnerability on the part of both author and viewer, and through that vulnerability build strength. They liberate not by anticipating individual death but by affirming shared life: that, after we pass on, we do not die, but instead live on through the people and institutions that compose the common world we made together.

For these and other reasons wholesome memes are also remarkably Nazi-proof. It’s not only that territories controlled by the alt-right don’t source wholesome memes, it’s that they can’t. Or, at least, they haven’t yet, and I think it’s unlikely they will. The wholesome ethic is egalitarian, antifascist, and resists ironic deployment. Instead, wholesome memes are fundamentally democratic because they build solidarity, indeed are solidarity: in both essence and function artifacts of a democratic consciousness, realized through communicative action, that Habermas has spent his life trying to build after Heidegger and despite postmodernism. 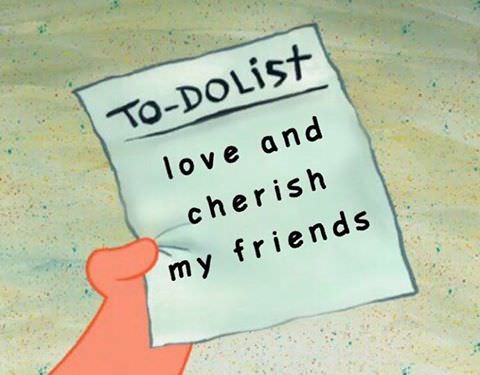 Most of us were raised in a postmodern age, taught first on the schoolyard, and eventually in the schoolhouse, to be cool, distant, safe, and so also passive, weak, complicit. But the challenges we face require a change in our culture, and thus also the media that both bears and transforms it. That change is here in wholesome memes. And it could not have come at a better time.

This change will not be easy. Living wholesomely is hard. Sincerity has risks. Faith can be tested, and can falter, but mustn’t fail. Particularly in the present, beset by false facts and fascist frogs, but still trying to forge the path ahead, progressing in a dumb determined animal way, simply because we must. Because authentic wholesomeness, not the wholesomeness of a child but of a monk, not inherited but chosen, not given by grace but earned by hard work, can be mocked, or betrayed, but it can never be corrupted. It has the lasting strength of strength surrendered; “no one takes it from me; I lay it down of my own accord.” And in these dark days, it may be the best hope we have.