This is a liveblog of a talk at the 2016 Data Literacy Conference, hoster by Fing.  This was liveblogged by Rahul Bhargava and Catherine D’Ignazio.  These are our best attempt to record what the speak was talking about – any accuracy errors are our fault.

The first thing Emmanuel Letouzé saw on his arrival to France was a newspaper cover page (from Le Point) with a story about “The Algorithms that Govern Us”.  All of this is scary.  This issue of power structures and information is old – he created a political cartoon a few years ago about how “Data is the new oil”. Manu wonders: could there be a data-as-resource curse in this unequal world?  The issue of data literacy is at the heart of this question. How do we turn data in an issue of social progress. 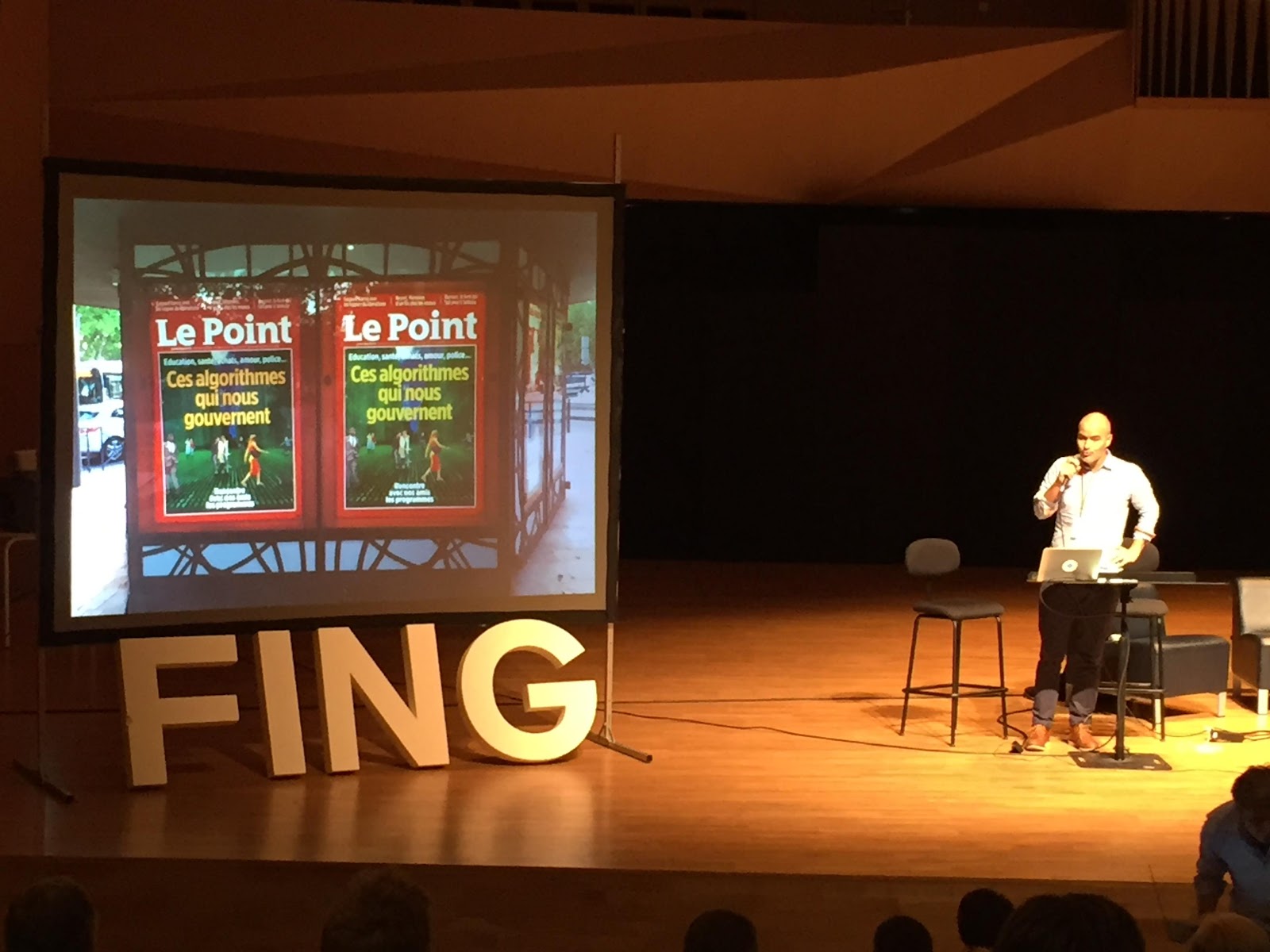 Manu shares a visualization of credit card activity, created by Sandy Pentland’s group at the MIT Media Lab.  Based on this they built a set of groups tht have similar purchasing patterns and decisions. You can start to see where the fear of big brother comes from when you see things like this.  Around 2009 we started to see stories in the popular press about big data analysis, and the big data “revolution” (as the UN called for in 2015).  A year later they called for building capacity and literacy in people and their public servants.  Some have called data literacy the ability to work with huge amounts of data (Forbes).  Others have said it is about making marketing easier (Venture Beat). 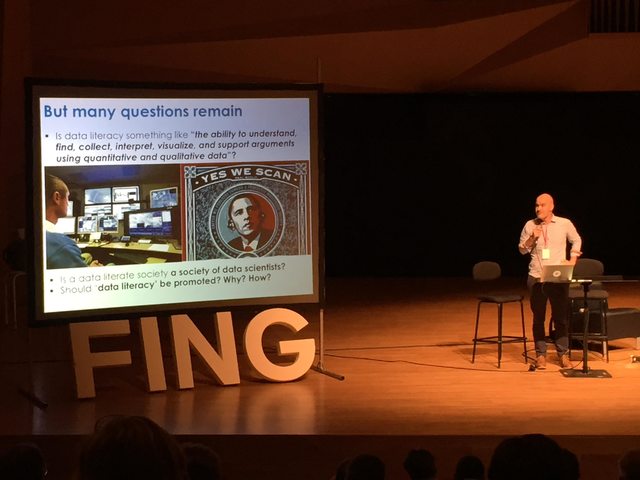 They wrote a white paper, Beyond Data Literacy, that looked back at literacy over history for the connections between literacy, development and democracy (disclosure – Rahul is a co-author). People have a simple notion that the printing press and Enlightenment then led to more reading and writing which led to things getting better. But it’s not so linear. It took 400 years between the invention of the printing press and the Industrial Revolution, for example. In the late 1800’s you needed people with a very basic literacy (ability to sign your name) to help operate things – merchants, clerks, surveyors and so on. He shows a quote from Claude Lévi-Strauss, the French anthropologist, that says that contrary to writing being a tool for empowerment, it actually primarily has served to reaffirm domination structures.

Is the same phenomenon happening with data literacy?  Are we just helping people learn just enough to interact with data, but not literate enough to do anything real and challenging. He references Cathy O’Neil’s recent book Weapons of Math Destruction . The danger is that people won’t criticize work they see.  The white paper argues for a thicker definition; a “literacy in the age of data”. The point is to be able to “constructively engage with society in the age of data”. 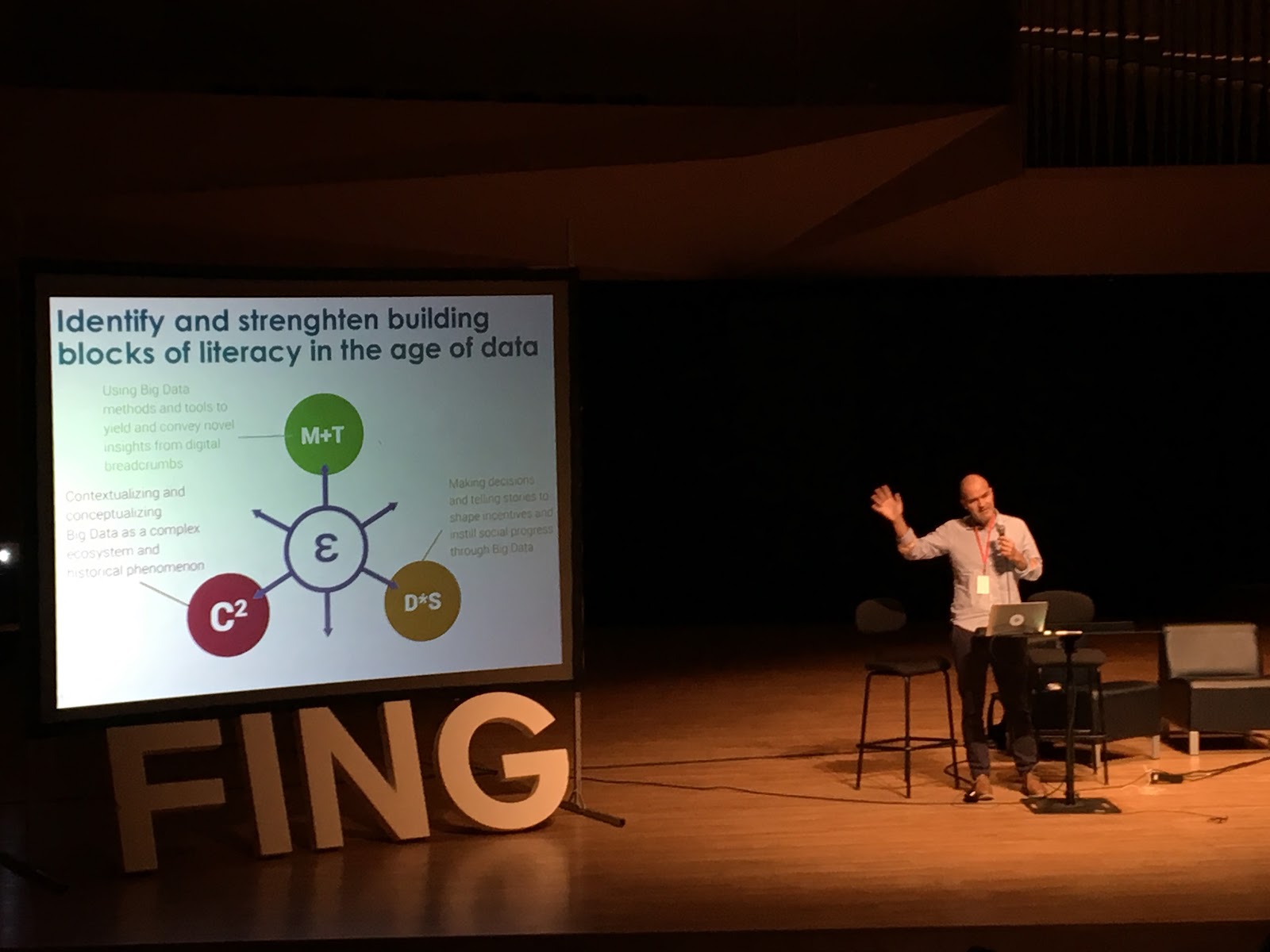 Based on this approach, the Data Pop alliance has developed a training program for a variety of countries.  These workshops focus on “context and concepts” first; why it matters and what it means to be data literate in the historical and cultural perspective. Big data isn’t about just large data sets, but about a new social and cultural phenomenon.  With this context in mind, the trainings then move to “methods and tools”. This is what many people mean when they talk about data literacy (such as understanding a graph, etc) but it’s important to put it into a more critical context.  The third topic they work on is “decisions and stories”; using the stories to influence the ecosystems around you.  Lastly the focus on the ethics in the middle of all this, to guide all the activities.  Not a “data revolution”, but a “revolution through data”.

Manu argues that a literate citizenry will care about, and have control over their data.  Sandy Pentland has written about this at the World Economic Forum. He goes on to pose the question – “Can Open Algorithms foster development and democracy?” – and asserts that Open Algorithms are an exciting new development for democracy. He is writing about this is a variety of settings, wondering how this can be a force for positive disruptions.  Data Pop’s OPAL is working on this idea. This is a platform that runs your code on private servers with private data, extracting high-level results. 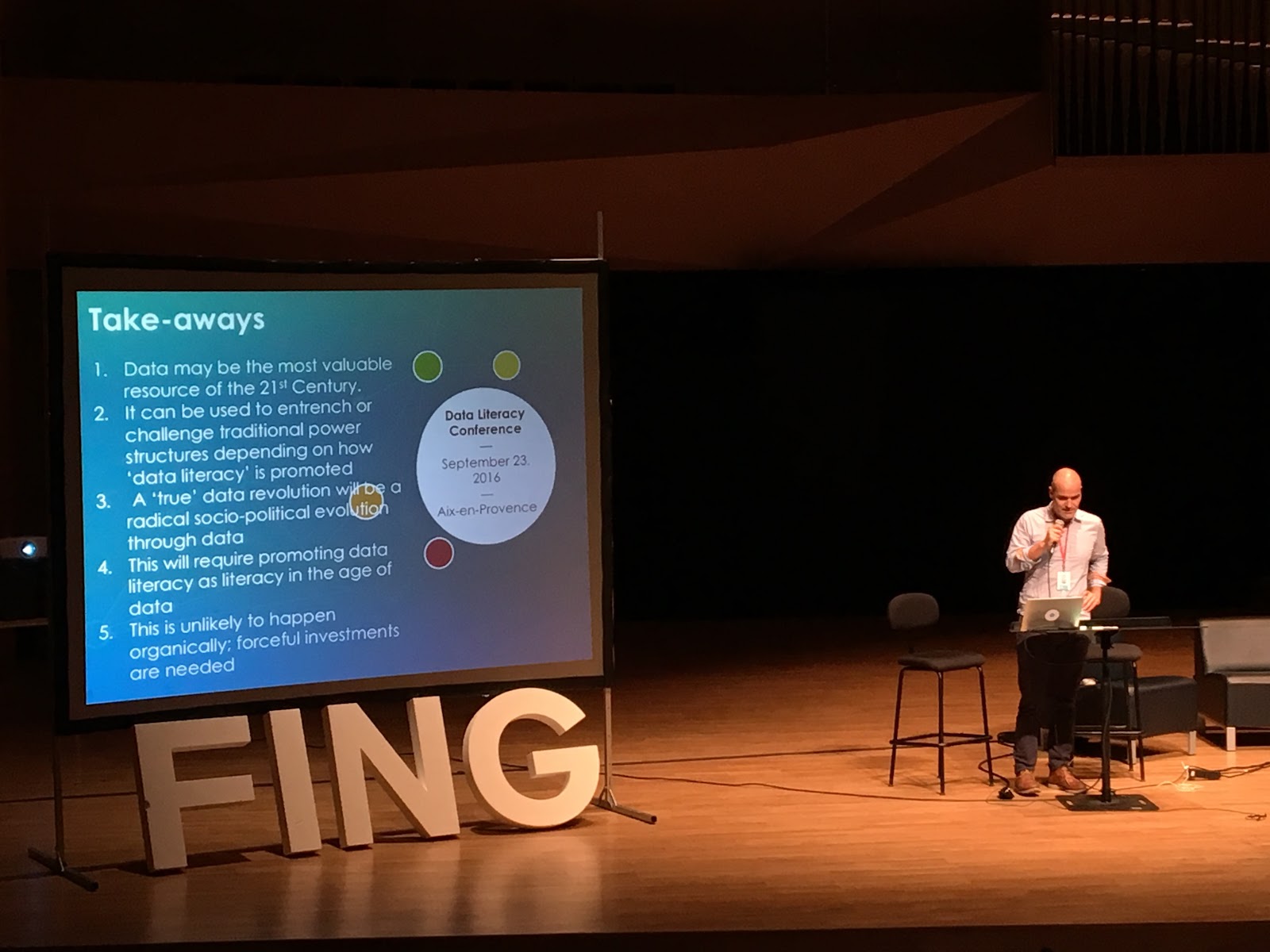 Data Pop Alliance is working across the globe with government departments to build this literacy.  His top takeaways:

Charles mentions their funding from Rockefeller, and asks how they acquired that. Manu answers that this was seed funding, they have raised beyond that from other funders since then. Their concept note, after many iterations, sparked their interest.  They might have been visionaries, or crazy, but they got behind it.

Charles asks about OPAL, and how it can be surprising that big companies like Orange are interested in this.  Manu mentions that Orange did the first large open data projects in Africa.  Many criticized this, because the main consumers and analyzers of this data were not from the Ivory Coast (and only 3 had visited ever). They are still working on how to address this, even within the companies. We hope to finalize and announce OPAL at the end of the year.