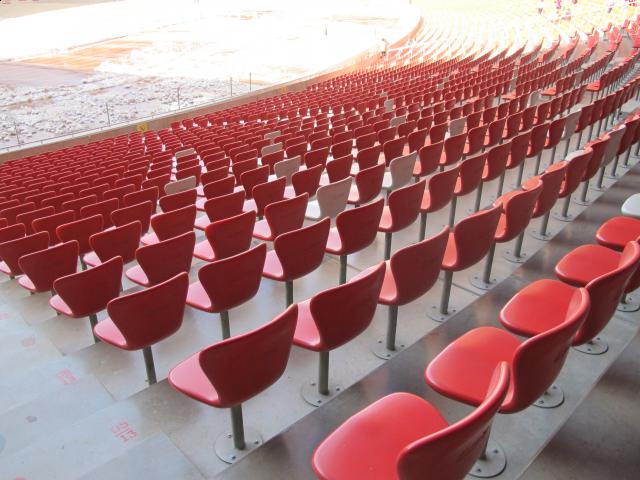 People are often boggled when I follow up my research interest in the future of work with the name of my M.S. program: Comparative Media Studies at MIT. While I could go on about how economic security is the cornerstone for meaningful pursuits—including civic participation—here’s a direct media tie in. The following is an excerpt from my thesis draft.

The Fordist framework1 is fraying quickly. Economic decline, technological displacement and globalization have resulted in a shortage of jobs that will not rebound. A powerful social contract is broken, leading Americans to question if investing in human capital—apprenticeships, internships, education, experience and technical know-how—is a smart use of time and personal resources.

These conditions account only partially for why attention is shifting to other work models. Another powerful influence is former and current media portrayal.

[In 1893] a Hungarian engineer started such a news service in Budapest and expanded it into a comprehensive entertainment service with outlets in the homes of its 6000 subscribers, each of whom had a timetable of programs including concerts, lectures, dramatic readings, newspaper reviews, stock market reports, and direct transmissions of speeches by members of Parliament. It focused the attention of the inhabitants of an entire city on a single experience, regulated their lives according to the program schedules, and invaded their privacy with an emergency signal that enabled the station to ring every subscriber when special news broke. An English journalist imagined that this service, if introduced in England, would … diminish the isolation of individuals in cities and make it possible for one voice to be heard simultaneously by the six million people of London. (Stephen Kern, The Culture of Time and Space, 1880-1918)

It was a dream come true: In America, media was a synchronizing experience. The telegraph enabled the newswire services that filled in news spreads, and radio and television broadcast made it possible for a country to experience information simultaneously. However, alongside the Fordist framework, institutional journalism—professional journalism buttressed by media houses, journalism think tanks, academic curricula and similar institutions—is a 20th century product. Few voices could afford to rival major media houses since production and distribution were expensive endeavors for most of the last century. Thanks to technological innovations, media making tools are cheaper everyday, and online distribution channels—from blogging to Twitter to Instagram—have multiplied.

Internet adoption has severely weakened mainstream journalism’s grip as the herald and tastemaker of American society. Opposite-the-editorial page, or “op-eds, ” were once written by a select few. Editors courted thought leaders and prominent individuals for their thoughts at a rate of one op-ed per issue. Now, opinions are everywhere. Even prominent news and information outlets such as Harvard Business Review court guest bloggers to flesh out their daily yield when they are in between print editions. In the midst of so much noise, news organizations have had to embrace diverse voices in order to retain audiences. Technology has disrupted more than just journalism; the Internet has disrupted museums and galleries, music and television production, fabrication and manufacturing, and dethroned other gatekeepers. Combined with powerful do-it-yourself/ourselves media platforms, the media scene has become a fractured plurality where no institution has totalizing power. In the case of work, this means no one institution will set the new de facto portrait of work.

1 Excerpted from another part of my thesis: The famous industrialist Henry Ford did not invent the car. He was not the first to make use of the assembly line nor the first to pay a living wage; he was just the first to standardize them. “One’s own employees ought to be one’s own best customers,” said Ford, publicly positioning himself as a friend to workers.
Although the real reason for a $5 daily pay was to reduce worker turnover and hold on to human capital, workers benefited from the tactic as other companies of the industrial age scrambled to keep up. Together, they ushered in a work paradigm that resulted in the growth of the middle class, an age where workers received dependable wages for a full week’s work. I refer to this as the Fordist framework.