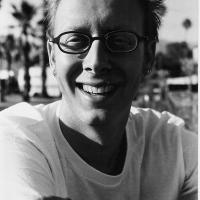 Sasha Costanza-Chock is joining the faculty of the Comparative Media Studies program at MIT as Assistant Professor of Civic Media, and is one of the three principal investigators (along with Ethan Zuckerman and Mitchel Resnick) of the Center for Civic Media. He caught up with his new colleague Ethan Zuckerman to talk about his background and his plans at MIT.

“I’m a scholar and activist as well as a media maker,” explains Costanza-Chock. “My scholarship has been based on engagement with the world of media activism and civic media more broadly.” In his work at MIT, Costanza-Chock plans to continue straddling the line between action and reflection, building tools and systems to help communities express themselves and reflecting on the role of media in social movements.

Costanza-Chock’s work on media and social change began in the late 1990s with the emergence of Indymedia at the Seattle WTO protests, and the subsequent spread of over 100 Independent Media Centers (IMCs) linked to the global justice movement. “I got involved with people connected to the Indymedia network and ended up doing music and video production for films that documented that wave of transnational mobilization, for example ‘This Is What Democracy Looks Like, Fourth World War, and The Miami Model‘.” Costanza-Chock sees analogies between methods used in those early days of digital civic media and the current interest in crowdsourcing media production. “Those films were produced by dozens, sometimes hundreds of people shooting video on handheld cameras, sharing footage widely, edited by collaborative teams. It was participatory news production prior to the emergence of the term ‘citizen journalism.'”

In the late 1990s, open publishing was just beginning to take off, and the social media tools that dominate contemporary internet usage hadn’t emerged. But models of participatory production that are familiar today were starting to challenge broadcast media’s dominance of the coverage of protest events. “Mass media firms had to take seriously the idea of the internet as a vehicle for participatory journalism, because they were getting scooped by what they saw as these punk kids in the street with handheld cameras.”

His experience with Indymedia connected him to “a transnational network of media activists”, many linked to community based media projects across a wide range of platforms, from the Net to newspapers, from local radio stations to mural painters, all with their own deep histories but connected on a global scale for the first time through the internet. Costanza-Chock traveled through Latin America helping with the setup of these centers, often bringing donated cameras and computers from the US.

“It was a fruitful time for the development of new tools and tactics and for the exchange of ideas,” he explains. “Most importantly, we were creating a network of people engaged with passionate, participatory media making from a social movement standpoint.”

While Indymedia is no longer as prominent as it was a decade ago, Costanza-Chock notes its influence on the broader civic media landscape. In some cases, key civic media tools were built by people connected to the IMCs; for example, developer Evan Henshaw-Plath was one of the key platform architects of Twitter. In other cases, local Indymedia centers are still going strong; for example, the Urbana-Champaign IMC purchased the local post office and converted it into a 30,000 square foot community media center.

“One of the challenges of Indymedia was that it was dominated by white, male, middle-class activists who had the time to spend on all-volunteer projects.” Indymedia’s approach to journalism “took a bright-line stance against accepting money from corporations, political parties, or advertisers”, which both validated the idea that volunteers could do high quality journalism, but also made it difficult to sustain longer-form investigative journalism. The model excelled at mass mobilization in crisis events, but Costanza-Chock became concerned about issues of privilege and sustainability.

In 2001, he began work on a Master’s degree at the University of Pennsylvania’s Annenberg School. Presenting a paper at a conference, he met legendary media reformer and scholar Robert McChesney, who invited him to join Free Press, then a startup organization focused on issues of public interest media policy in the US. Costanza-Chock became global media policy project coordinator, “trying to figure out how to make global media policy interesting and engaging and to find pressure points for a public interest approach to media reform at the international level.” Free Press focused primarily on issues before the FCC in the US, while Costanza-Chock pushed the organization to work on issues connected to global media policy bodies like WIPO (the World Intellectual Property Organization), the International Telecommunications Union, ICANN, UNESCO, and especially the World Trade Organization and regional and bilateral trade agreements.

For example, “in the mid-2000s, NGOs around the world began engaging with WIPO, where the most powerful countries were pushing for maximalist approaches to intellectual property.” NGOs began to seek a more balanced IP system, one that would include fair use exemptions to copyright, patent exemptions for access to vital medicines, and protection of indigenous knowledge and seed stocks from appropriation by multinational agribusiness firms. Costanza-Chock was particularly interested in issues of trade justice in the audiovisual and information sectors, referencing Korea’s attempts to protect their cinematic industry and allow it to develop, a policy challenged by Hollywood in the recent US-Korea free trade agreement.

“It’s important to reflect as well as to act,” Costanza-Chock explains. “Many social movements are also hotbeds of scholarly and intellectual production – it’s not an unusual thing for actors within the movement to step back” and work through issues of theory as well as practice. So in 2005, he followed his mentor Larry Gross from Annenberg East to Annenberg West, at USC’s Annenberg School for Communication & Journalism. USC had just hired Manuel Castells, prominent scholar and theorist of the information society, and Costanza-Chock saw an opportunity to learn from Castells while working on the theory behind communication and social movements.

The move to LA was also a chance to rethink sustainable, locally grounded civic media practices. “I wanted to focus on local organizations deeply rooted in their communities, as a counterweight to the globetrotting activist approach.” This new focus on working hand in hand with community-based organizations had a major payoff, leading Costanza-Chock to participatory research methods, collaborative design using free and open source software, and community based projects like Radio Tijeras and VozMob.

Radio Tijeras was an effort, based at the Garment Worker Center, to share information about labor rights with workers in LA’s garment industry. LA is one of the few American cities that still produces garments, and 80,000 workers are part of the sector, many working in sweatshop conditions with frequent cases of underpaid and unpaid wages, health and safety violations, and physical and sexual abuse by employers. Radio Tijeras involved a team of garment workers in the production of radio spots distributed by low-power FM as well as on “Discos Volantes” or “audio flyers” – CDs that included music, interviews, and PSAs on worker’s rights, passed hand to hand by workers in the shops, many of whom are told by employers that they’re not allowed to talk, but spent their workdays listening to the radio or to music on headphones. (The project’s name is a pun – “disco volante” means “flying saucer”, but “volante” also means “flyer.”)

“I believe in thinking beyond web2.0, looking beyond the glossy surface of the latest high-end tools. Many civic media projects are geared around that small slice of the population lucky enough to have always-on broadband connectivity. I’m interested in how civic media reaches beyond that 5-10% of the global public.” That design strategy, as well as a strong practice of rooting both research and design in community participation, led to Costanza-Chock’s work with the Institute of Popular Education of Southern California (IDEPSCA) on VozMob (Mobile Voices / Voces Movíles), which helps day laborers in LA share stories and reports with their community using mobile phones to write stories, record audio and take photos.

It was working with the immigrant rights movement that led Costanza-Chock to develop theory around what he calls transmedia mobilization: “My research suggests that social movements are most effective when the media opportunity structure shifts and opens; when they engage in cross-platform production and distribution; when they develop a praxis of digital media literacy; and when movement organizations shift from top-down structures of communicative practice to horizontal, participatory structures that include their social base.”

Why is MIT the next stop for Costanza-Chock? “It’s the most exciting possible place to imagine doing the kind of work I’ve been doing.” Not only is there a rich pool of talented people, he explains, “but sometimes it has been a struggle to find acceptance for project-based learning approaches, at MIT, this method is basically a given!” The Center for Civic Media will both make things and reflect on them, leaning on the expertise of the Comparative Media Studies Program, “where people are focused not exclusively on the newest and latest, but on how we contextualize, theorize, and think about media and communication across geographies, technologies and historical moments.” With the strength of the Media Lab as toolbuilders and the reflective and scholarly capacity of CMS, “we’ll build new tools and future possibilities in a way that’s thoughtful and responsive to community needs.”

Costanza-Chock will be teaching an Introduction to Civic Media course in the fall, and is exploring other courses for the Spring semester, possibly including a project-based service learning course on participatory design, a course on the copyfighting movement, one on social movement theory, or one on the political economy of new media. More about his work can be found at http://schock.cc.